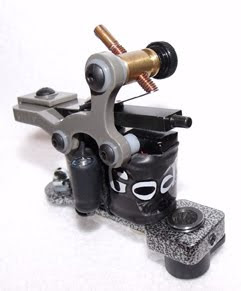 GODOY MACHINES V3 OUT NOW.
Another idea realized. Finally, the V3 is out and ready to go. Patent work is well underway and the kinks have been worked out. 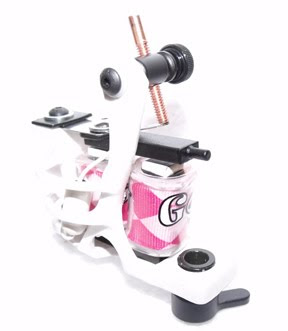 The Godoy V2. Still an example of innovation and beautiful aesthetics, the porsche of tattoo machines. Total style and un equalled performance.
We specialize in building machines which are different from eachother, we don't just sell different frame styles with the same old components. Which is common to find in most suppliers' catalogs. It's amazing taking our ideas from the drawing board to physical test prototypes, to final production. We're so proud to share these with serious artists.
Posted by Art & Steve Godoy at 4:19 AM No comments: 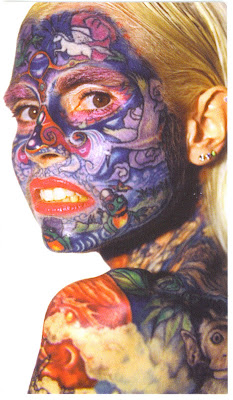 I (ART) started tattooing Julia in 1991 in Newport Beach California. She walked in one day without any tattoos, hoping to get some relief from a skin condition which was a side effect of her liver producing too much iron for her blood. The skin condition manifested itself in the form of blisters which were as deep as 3rd degree burns. They commonly show up on the hands and face mostly but other body parts were affected. She made an appointment to start tattooing her body suit for the following week. Twice a week for the next 7 years and about 2300 hours later, she was the most tattooed woman in the world. I moved to Canada in about 1998 and my brother Steve took over where I left off. We have appeared on the Guiness Prime time TV show, You Asked for It, Ripley's Believe it or not, Pro Sieben TV (Germany)... and many more.
Recently, she was in Milan where she was AGAIN voted most tattooed woman. There have been several contenders but none with the coverage she has. I look at her photos and it's hard to believe that she was my project...and my brother's, and we feel so fortunate to have had the opportunity to opportunity to tattoo her, to have had the recognition we have had and at the same time, be able to restore confidence and happiness in Julia's life, by putting images on her skin which she loves to look at everyday instead of blisters and the scars they leave.
People judge all the time but they don't know her story. If I was in her shoes, I would do the same thing. When experimental medication causes blindness, when dermabrasions and chemical peels only left scars... when doctors said there was NO treatment available which would end this condition, tattooing saved her sanity & happiness. I have had one well known local artist tell me that what I did was "wrong" and that he wouldn't want to "contribute to another person's nightmare". How can this be considered a nightmare when she smiles everyday, now knows Quincy Jones, has been asked by Aerosmith to appear in the "Pink" video, she gets paid for TV appearances, she is flown all over the world - all expenses paid, to show herself off... and all because she wanted to remedy a condition which NOBODY could treat, except tattooing.
Posted by Art & Steve Godoy at 9:14 AM No comments:

Diego Morales is an Argentine tattoo artist who lives and works at his own shop "Fusion Tattoo" in Alicante, SPAIN. We met him and his wife Fatima while doing a seminar in Castellon, Spain at a tattoo convention. He and his wife have become really great friends and business associates. They distribute our machines in Spain and set up yearly machine seminar tours for us. Pictured here is one of his machines. This one is ALL hand made. Lots of cutting and filing, coil winding, finishing. He is known for his precision and eye for details. His tattooing is great too. 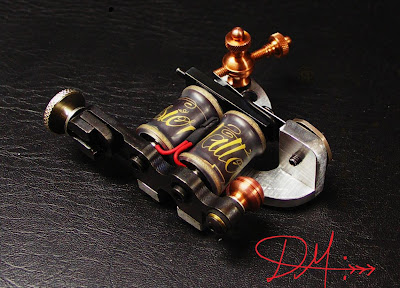 Look at the craftsmanship. The insulation, the care he took to shrink the coils and polish the binding posts... this is a quality product made by an artist who TRULY knows his trade inside and out. 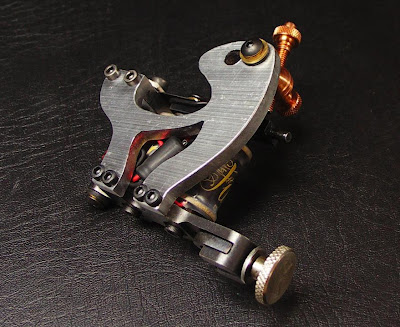 Their devotion to the art is priceless. From the quality of their (Diego and Fatima) work and shop's presentation, to the meticulous precision of his machine's construction and the belief in educating tattooers world wide, these people deserve recognition globally.
Posted by Art & Steve Godoy at 11:44 PM 1 comment:

Armando "Fester" Castruita, is starting at the shop today. Great artist and friend. I've known him for many years from attending tattoo conventions in Mexico. He is a great talent, and we're stoked to have him in with us. He and Juan used to work together in Fester's shop "Ninety Nine Tattoo" in the city of Celaya in Mexico. He can do any style of tattooing... with his eyes closed!
His schedule is not yet set, it will be in the next few days. Come by and check his portfolio out or just tell him "welcome"!
Posted by Art & Steve Godoy at 7:41 AM No comments: